an end to homelessness and hunger 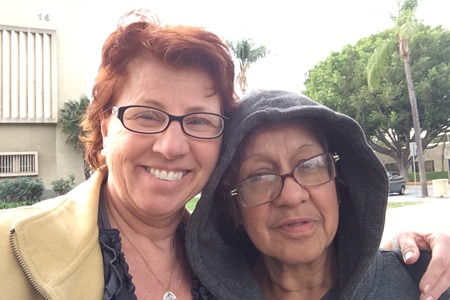 One morning in 2007 while Mary Migues was driving her daughter to school, she passed by a homeless person, like she had on so many other days. However, this day was different! As she passed this homeless man, something deep inside her soul cried for this person. It was from that moment on she felt God leading her to serve basic food and water to the homeless in Orange County.

For the first two year's of Mary's ministry she created a "homeless car bag" to keep in her car as she drove to work, church and other daily errands. She was ready now to give a bag to any homeless person she saw. She never wanted to be unprepared again and now she gave a bag to every homeless person she came in contact with. These bags contain basic necessities such as water, protein bar, crackers, and other non-perishable snacks.

As time progressed, Mary noticed more and more homeless people and felt she had to do more. She gathered her friends to go to the Civic Center in Santa Ana on a monthly basis to bring warm food, water and some hygiene articles. During the winter months she would bring warm jackets, backpacks and sleeping bags.

​Finally in 2012, Mary took the giant leap of starting her own Foundation 501 (c) (3). It's name is Tabitha's Blessings, taken from the servant, Tabitha from the bible who also serve the poor and homeless. She now commits to serving the homeless twice a month. Her heart to serve the homeless of Santa Ana has truly made a difference and it will  grow stronger as we move forward.